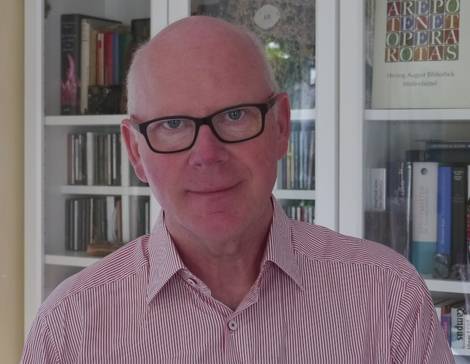 Hans-Peter Saal, Logistics Project Manager at Grohmann Logistik GmbH in Berlin, explains how his company tackled the huge task of moving the ITS archive to its alternate storage facility.

You move companies, laboratories, warehouses and much more. Was moving the ITS archive to a temporary storage facility a regular job for you?

No, relocating an archive is not a typical transportation service. It is definitely a special responsibility.

It was important to preserve the existing archival arrangement so that all documents could continue to be used. Every archival arrangement is based on the given structure of the written material. This is also what makes the ITS archive special as a tracing service and point of contact for the survivors of Nazi persecution and their relatives.

This means that when you packed and transported the documents, you not only had to make sure the documents themselves were unharmed, you also had to preserve their structure?

Right. This arrangement is part of the history of the ITS and it has to be preserved when the documents are stored in the alternate archive. The success – or rather, the quality – of an archive relocation depends on whether the undamaged documents can be stored in their original arrangement.

And this is such a big archive: 30 million original documents and more than 50 million reference cards!

Yes, with smaller collections, human perception and memory can be used to make some corrections – but even with just several thousand documents, this is no longer possible...

A tricky task – how did you do it?

We drew up a detailed logistics plan which was carried out exclusively by qualified archive relocation specialists. We also precisely tailored the transportation technology to this task.

Can you describe exactly what you did?

To preserve the existing arrangement, we put together 529 individual lots to be moved, which reflected the thematic and content-related structure of the archive. This was the basis of a finding system for the alternate storage facility which does not depend on the local memory of the archive employees. The internal logical composition of each lot – made up of one or several hundred folders or archive boxes – was preserved during the move. Archival groups that had previously been stored separately but belonged together based on their content were joined again.

Indeed. The physical achievements of the specialists and the logistical dimensions of this move were tremendous. Every single day, we moved around 70 cupboards weighing a total of about 13.3 tons. Then there were around 10 tons of material from archive boxes, folders and cassettes. There are around 244 tons of documents in the alternate storage facility, where their dimensions are now clearly visible. If they were placed side by side, regardless of their storage type, they would take up a length of around 16,000 meters.

The result is quite a sight to see in the temporary storage facility.

Yes, the dimensions of the move can be seen for the first time in the alternate storage building, where all of the archival material that was previously held in different places is now stored a single space. Now that the relocation is done, the ITS has an alternate storage facility available to it which is in a better state than before in terms of climate control and security. This compact, easily accessible setup is ideal for preparing the collection for the return move when the new archive building is completed at the historical Jahnstrasse site.