Showing who the ITS is 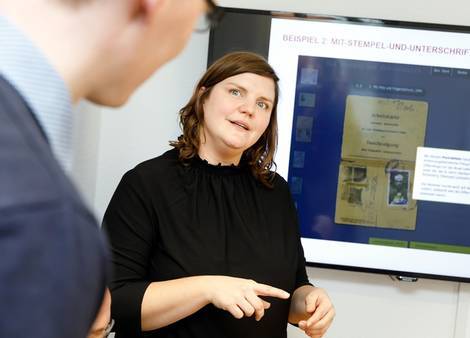 New ways to appeal to young generations: ITS is on its way to becoming a provider of ideas and services.

The ITS has used the past months to illuminate its history and redefine its image on this basis. “2017 was an important year in the development of our values, identity and public presentation,” says Director Floriane Hohenberg. Today the ITS is open to all interested individuals and connected to partner institutions. It is increasingly becoming a service provider and generator of ideas. This role should be immediately apparent in how the ITS presents itself in the future. The new archive building will play an important part in this. But there are big changes on the horizon in terms of our external image as well. The new internet platform planned for 2018 is just one of many different components in this unified, honed profile. Preparations are already under way.

The ten-year anniversary of the opening of the archive was an opportunity to draw more attention to the documents and services of the ITS. Ever since the archive opened, education and research have become key tasks of the ITS, and central projects have included the development of the database, which began when the archive opened, and the description of the collection. But Hohenberg stresses that this alone is not enough: “Our target group has changed. We now have generations with no direct connection to Nazi persecution, so the interest of the general public is becoming more important to us.” Hohenberg wants to continue the core activities of the ITS while simultaneously motivating younger people to take an interest in the fates of people persecuted by the Nazis. This is especially critical today, since the ITS is playing a larger role in democratic dialog in society: “In Europe there is so much hate and populism in connection with migration – so the ITS has to build a bridge between the past and the future.” New services and the release of documents for cultural projects and memorials will help with this.

One of these new bridges will be the permanent exhibition that the ITS is developing to present its own history. From 2019, this will be the first port of call for all visitors. This thematically structured exhibition will explain the operation of the ITS and its relationship with the general public – against the backdrop of the fates of individuals, who are always the focal point. It will also answer the questions that people have when they first contact the ITS: Why is the ITS based in Bad Arolsen? Why was the institution unknown in this way for so long? In the fall of 2018, an international academic conference will be held as a kick-off – exactly 70 years after the newly founded ITS first invited the tracing offices of various European countries to Arolsen. The conference presentations will be published in a book to accompany the exhibition.

The forthcoming exhibition will help portray us as an open institution. And for the first time, we are critically and publicly addressing our own history!

In planning: the permanent exhibition 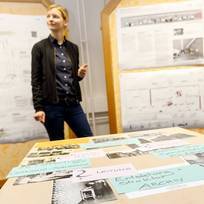 Alexandr Afanasyev at the ITS 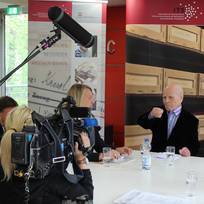