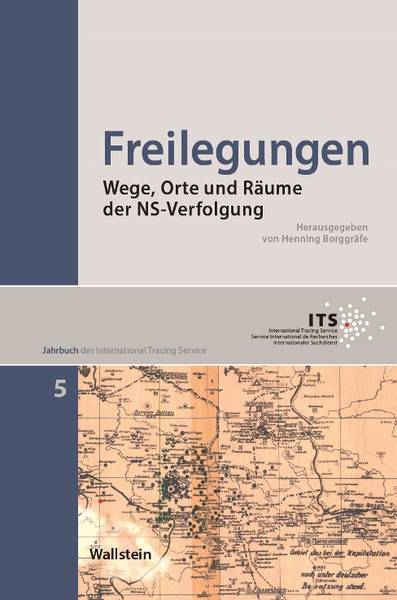 What is to be gained by reconstructing paths of persecution and spaces of terror? Answers to this question can be found in the fifth volume of the ITS yearbook entitled Freilegungen – Wege, Orte und Räume der NS-Verfolgung (“Uncovered – Paths, Places and Spaces of Nazi Persecution”). The nine essays and case studies that make up the bulk of this scholarly work show how geographical research in the ITS archive can benefit the investigation of the history and postwar examination of Nazi crimes.

The yearbook was published by the Wallstein Verlag Göttingen. With this series of books, which was launched in 2012, the ITS aims to draw attention to important fields of research and how its collections can be of use in various approaches to research and education.

With these ‘findings’ we want to draw attention to the diversity of our documents and to encourage historical initiatives and scholars to carry out research in the collections of the ITS.

Akim Jah, research associate at the ITS 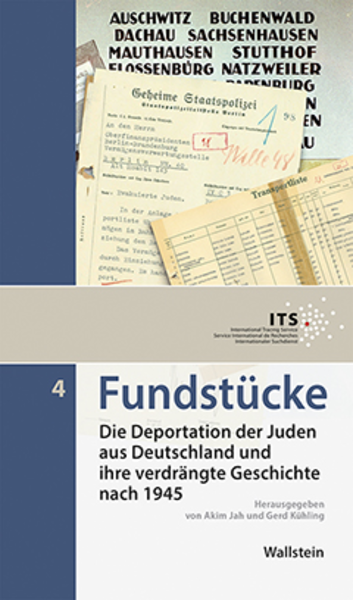 “The deportation of Jews from Germany and their suppressed history after 1945" is the subject of a new volume in the ITS series Fundstücke (“Findings”). The two authors and editors, Akim Jah and Gerd Kühling, explain which documents about deportation are held in the ITS archive and how the approach to this key chapter of the Holocaust has changed in the postwar decades. This volume of the Fundstücke series was produced in cooperation with the House of the Wannsee Conference Memorial and Educational Site.

In its Fundstücke series, the ITS presents less well-known but historically significant testimonies from the Nazi era and the postwar period.